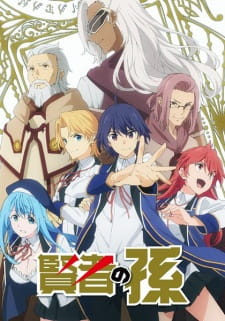 In the kingdom of Earlshide, Merlin Walford was once regarded as a national hero, hailed for both his power and achievements. Preferring a quiet life however, he secludes himself deep in the rural woods, dedicating his time to raising an orphan that he saved. This orphan is Shin, a normal salaryman in modern-day Japan who was reincarnated into Merlin’s world while still retaining his past memories. As the years pass, Shin displays unparalleled talent in both magic casting and martial arts, much to Merlin’s constant amazement.

On his 15th birthday however, it becomes apparent that Shin only developed his combat skills and nothing else, leaving him with blatant social awkwardness, a lack of common sense, and a middling sense of responsibility. As a result, Shin enrolls in the kingdom’s Magic Academy to hone his skills and mature among other teenagers. However, living a normal life is impossible, as he is established as a local celebrity almost as soon as he arrives.

Kenja no Mago follows Shin Walford’s high school life in the capital as he makes new friends, learns about the world, and fights off the various forces of evil surrounding him and his city.