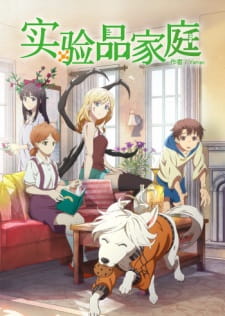 Tanis’s parents are mad scientists who live outside of normal society. They locked up their own children on an isolated island and did experiments on them in secret, turning Tanis’s older brother and three older sisters into strange creatures. One day, their parents were arrested, and the siblings were moved to another island by the welfare office. The trouble is that none of the siblings except Tanis know how to interact in modern day society…